In stock at Wireless 1 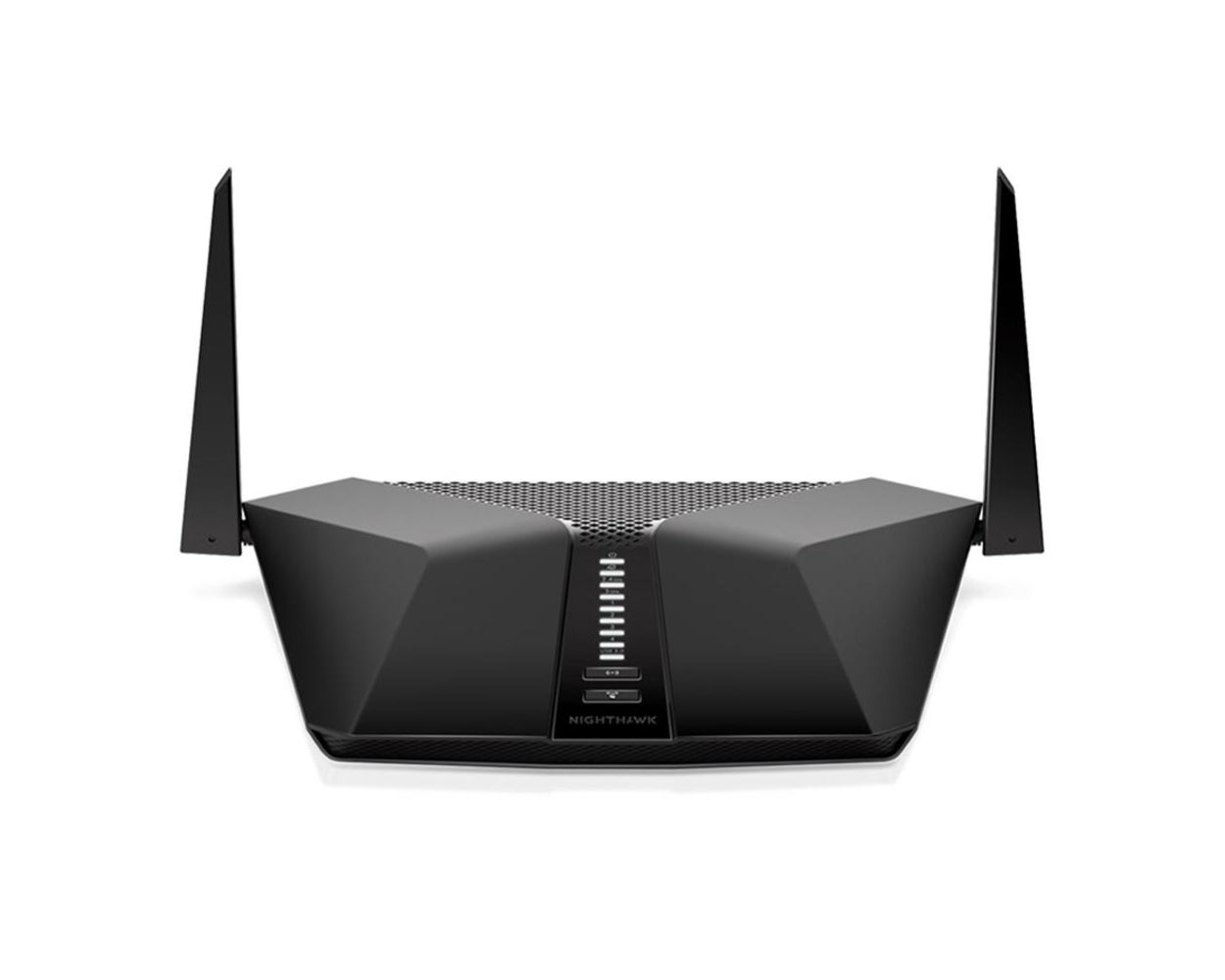 Built with the latest generation WiFi 6 technology, the NETGEAR® Nighthawk® AX4 4G LTE WiFi 6 Router provides speeds up to 1.8Gbps so you can connect, stream, and download faster to newer mobile devices. 4G LTE is a flexible Internet option and this router is compatible with most major LTE cellular networks.

This router lets you seamlessly switchn over to 4G LTE when your existing Internet service fails. Powerful quadcore processor ensures superior performance for concurrent real-time applications such as multimedia streaming, online gaming, and audio/video chats. Engineered to deliver up to 4 times the data capacity over previous standards, WiFi 6 technology with OFDMA, 160MHz channel support allows more devices to connect and stream simultaneously, without impacting speed or reliability. With NETGEAR Armor™, you get the best-in-class cybersecurity to protect your family from malware, stolen passwords, identity theft, and hacker attacks.

Speed
Get ultra-fast wireless speeds with more connections for all devices with less congestion. You’ll get some blazing connection speeds of more than one gigabit per second or more, 4K streaming, & VR/AR gaming.

1.5X BETTER PERFORMANCE THAN AN AC ROUTER—4-stream WiFi with up to 1.8Gbps for fast wireless speeds

Range
Experience reliable and stronger WiFi coverage indoors and outdoors for all your devices. High-performance antennas, pre-optimized for best peformance, on the router amplify WiFi signals for maximized range and reliable coverage.

4G LTE for Flexible Connectivity
Access 4G LTE on the cellular network as an alternative to wired Internet.

Reliable and Always-on Internet
Seamlessly switch over to 4G LTE when your existing Internet service is unavailable.

Gigabit WiFi to all your Connected Devices
Support for 160MHz channel allows the Nighthawk AX4 LTE WiFi Router to stream at Gigabit speeds to supported mobile devices, which are increasingly used for video streaming or gaming.