10 Visual changes you can expect to see in Windows 11 Just today, Microsoft announced Windows 11, and one of the headline features of the newest version of the operating system is its visual redesign. They’ve released an entire video about how they designed the newest OS, which shows off the new design changes, icons, and much more, which you can see below!


Here’s a look at some of the user interface changes that Microsoft had shown off in its presentation that took place earlier today. 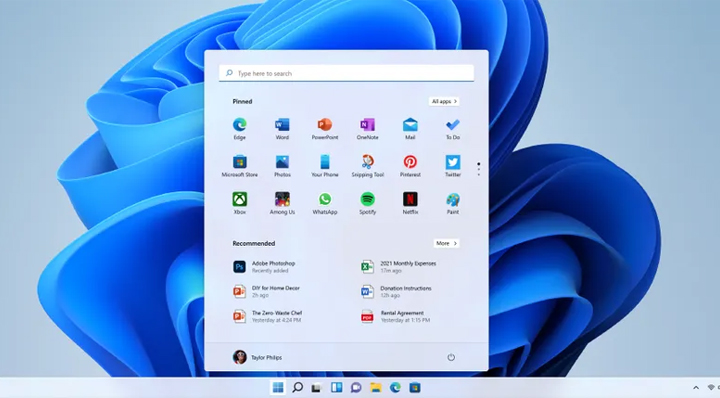 The Start menu and taskbar

The Start button for as long as we can remember has been by default, on the bottom left-hand side of the screen. With the redesign, they’ve moved the start button to the middle of the taskbar along with all the other taskbar icons, taking a similar approach to MacOS. While this is a much smaller change compared to how the Start button was changed on Windows 8, it’s going to take some time to get used to, after all, your muscle memory would often have you dragging your mouse to the bottom left corner of the screen. The pinned taskbar icons also take centre stage to the right of the start button in the middle of the taskbar.

According to reports. Microsoft will allow Windows 11 users to change the position of the start menu back to the left side of the taskbar if they don’t like the new design.

When you click the new start button it reveals the updated Start menu, which Microsoft states is powered by the Cloud and Office 365. Whereas in Windows 10, the Start menu acted as a list of apps, but the version in Windows 11 will recommend apps and documents you may like to often use and work on giving it more of a personal feel and allowing for quicker access to your regularly used programs, games, and documents.

Back when Windows 8 was introduced, the Start Menu introduced Live Tiles, which allowed for apps to display live information without having to click into the program, for example, a weather app would show you the temperature and weather information on the Live Tile. Instead, this has been replaced with a Widgets feature, allowing for many apps to display useful information to you in their own space.

It’s unclear as of yet if you’re able to pin these widgets to your desktop similar to how you can on mobile phones. 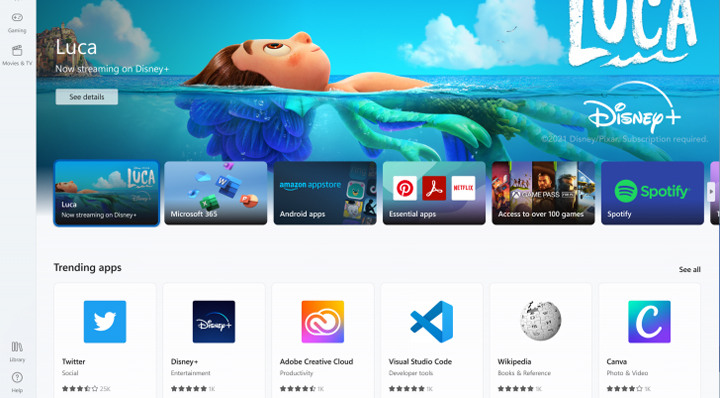 The Microsoft Store has also had an overhaul to its visual look. Not only is the store faster, but it’s easier to browse and navigate. Taking a design similar to what you see on mobile app stores such as Google play, but much more similar to how the store looks and feels on Microsoft’s Xbox platform. 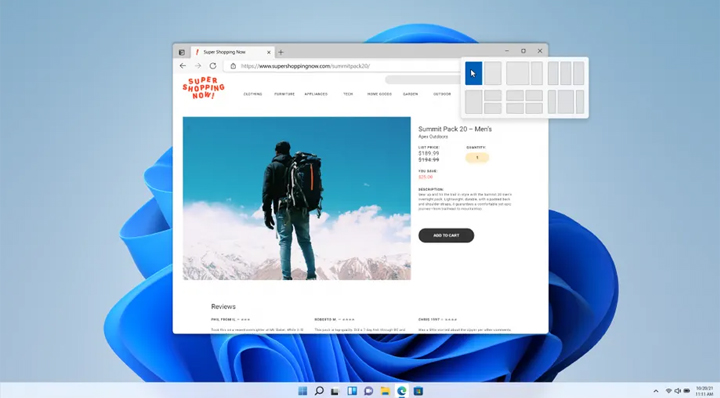 Ever since Windows 7, we’ve loved the Windows Snap feature, which allows you to “snap” documents, programs, and more to a certain area of the screen by dragging the window of the application you’re using to the edge of your screen. Windows 11 has a new UI for this, allowing you to choose where you’d like the window to snap to with a visual representation. While Windows 7-10 had a similar feature that would show you where the window would snap to as you drag it around the edges of your screen, this new UI allows for quicker visualization of where your windows will appear and how they’d look like.

Just like every generation, Microsoft has updated their icons for this version of Windows, however, this time it’s a dramatic change. Rather than keeping the same designs and updating them per generation since the ‘90s. They’ve gone ahead and redesigned almost every icon in Windows 11 giving it a much more modern look and feel with the simplistic and minimalist design. You can see some of these icons in the image above. 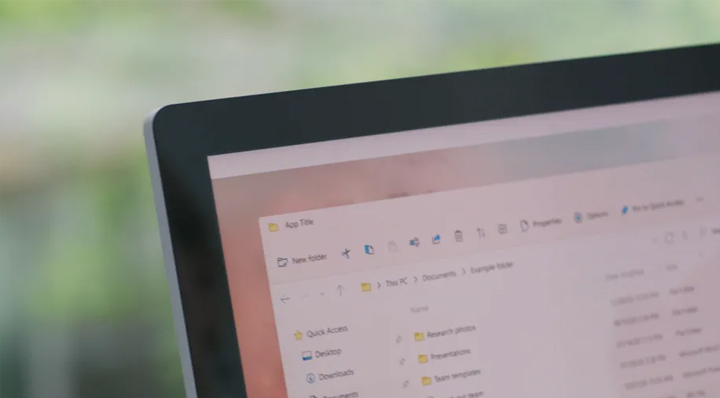 On almost every folder you open in Windows, you’ll find the File Explorer feature at the top. Allowing you to change the visual of the folder, do certain tasks, and a whole lot more. Instead, in Windows 11 they’ve removed the tabs and replaced them with a row of buttons that seem to be optimized for standard use and touch screens. They’ve also added new icons for this section further adding to the updated visual look of Windows 11. While Microsoft has had a focus on touch screen devices since Windows 8 and 8.1, they’ve never really hit the nail on the head. Microsoft has now shown off Windows 11’s new tablet mode that allows for easier access for touch devices. Windows 10 also had a tablet mode, but it wasn’t as sophisticated as what they’ve done with Windows 11.

Instead of a subtle transition to tablet mode, it’s now a full-screen experience. With Windows 11, your taskbar now will simply spread out the icons a little bit more, add visual cues for certain actions, and also increases the size of touch targets, allowing for better accuracy and easier to drag and tap anything you need. 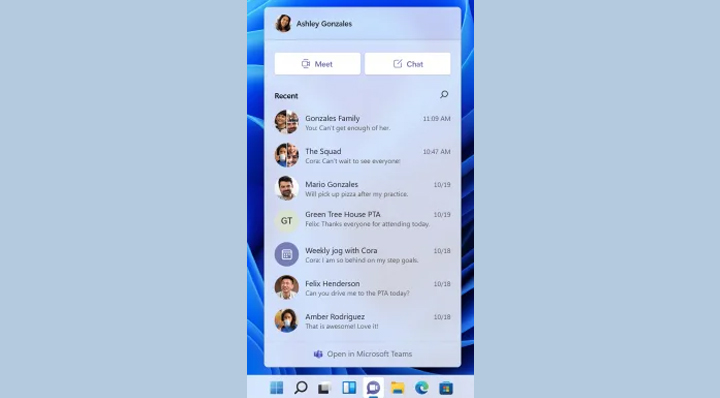 Microsoft’s communication app called Microsoft Teams is now integrated right in the Start menu and Windows. You can also right-click the Microsoft Teams icon to show many more options than what you’d currently find in Windows 10. To some, when you see “wallpapers” as a feature, they may ignore it. I’m one of those people, but when companies are doing fantastic work on their wallpapers and adding features to it (like recently with Xbox’s dynamic backgrounds), it does grab my attention. This time, rather than your standard, visually appealing default backgrounds, they have semi-dynamic backgrounds that change color and tone based on the time of day and weather. For example, in the morning you may have a bright image as the background, as the day goes on, it gets a bit more vivid as the sun ones out. As it’s winding down, the wallpaper may change to an orange-y color mimicking the sun going down and at night, have a darker version of the same image. It’s unclear how many will ship with Windows 11 and if any more will be added as time goes on, but it’s a fantastic feature, nonetheless. An example of this can be found in the image above with 4 differnt cycles throughout the day. 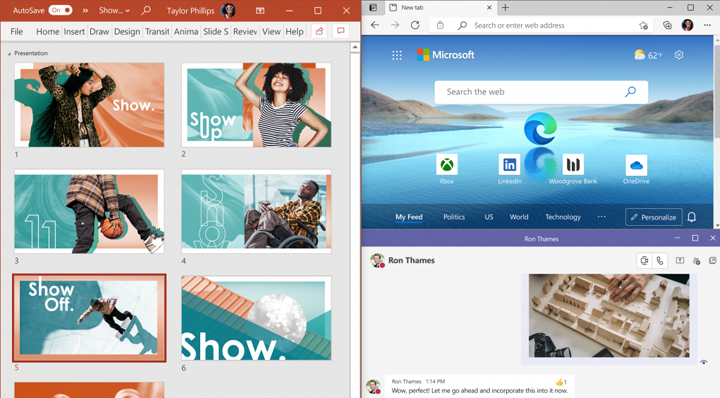 The look and feel

Of course, these are just the main changes we can see right away. The entire OS has been redesigned not just parts of it. Transparency, especially in color seems to be a heavy focus with Windows 11 and Microsoft have stated that they are eliminating any “sharp edges” from the entire OS giving everything a more “round” look and feel to it. The OS feels a lot cleaner and has a glassy overall look to it. 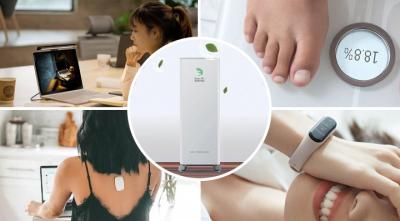 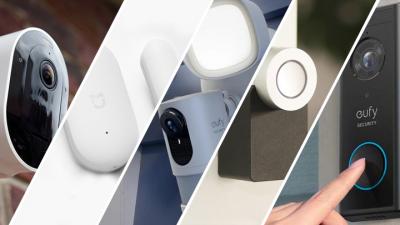 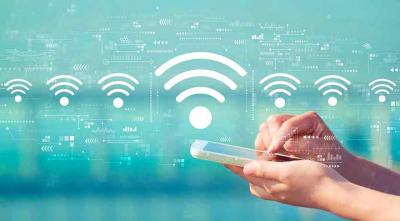 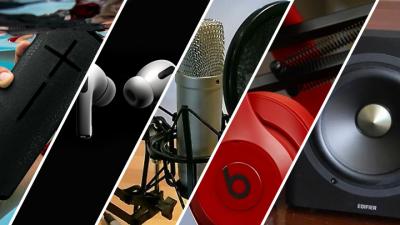 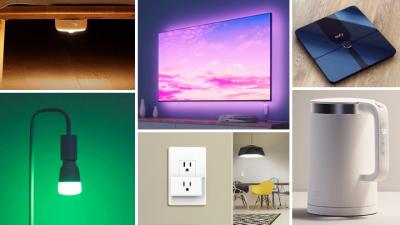